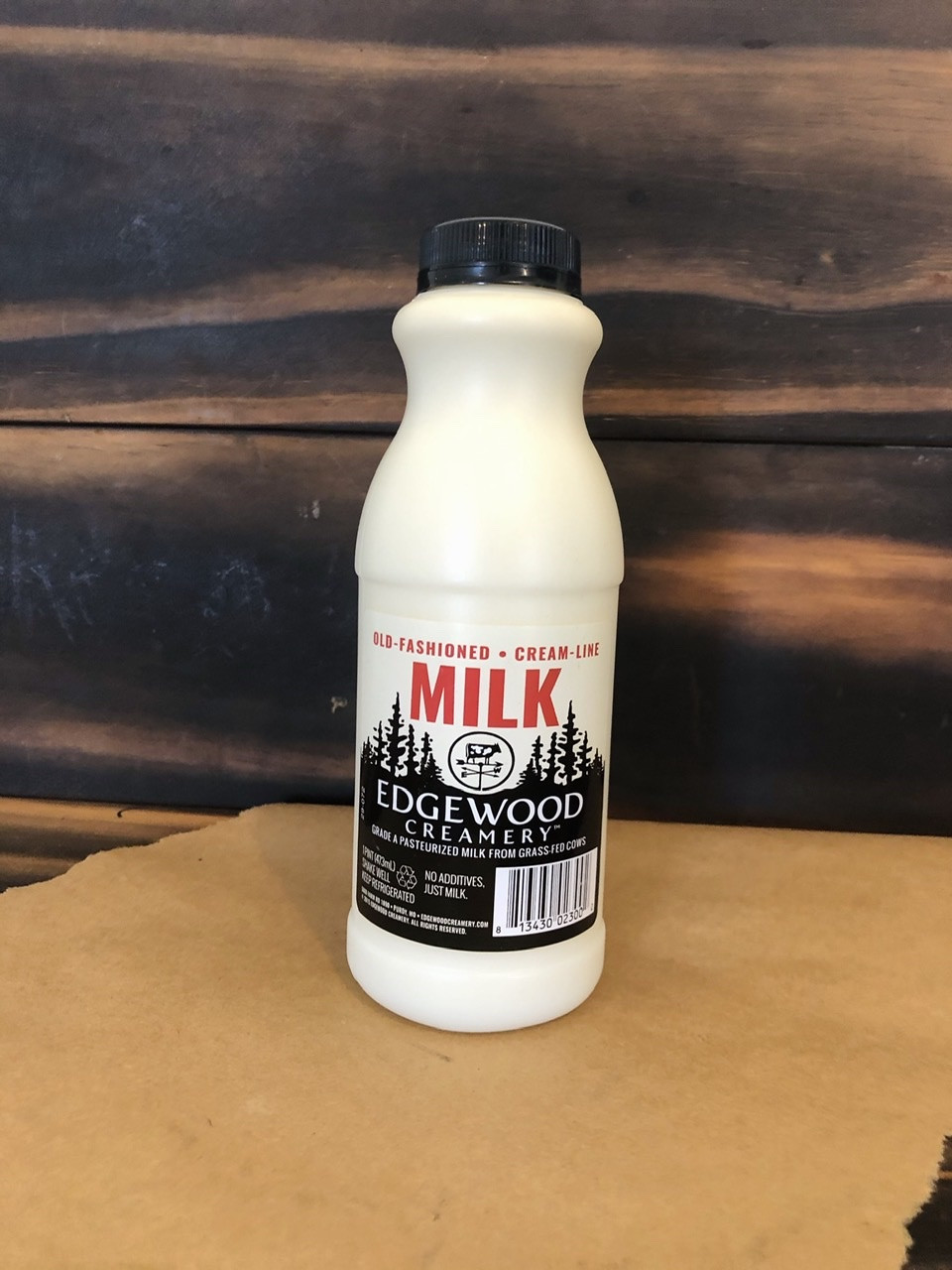 Made by our friends at Edgewood Creamery in Purdy, MO

"Creamline Milk is one of the most natural forms of milk. It is pasteurized, just like most milk found on store shelves, but the biggest difference is that the milk is not homogenized.

Homogenization is, briefly, the process after pasteurization where the milk is mixed and the cream line (or fat content) is permanently mixed into the body of the milk. Homogenization uses very high pressure to break down the fat molecules in milk into very small particles so that they can dissolve into the rest of the milk. Some believe that many of the health benefits of milk are lost during this process. Most importantly, many believe that milk loses its flavor during this process.

Edgewood Creamery's milk is made through a traditional practice with a minimal amount of processing. Resulting in a healthier non-homogenized milk, retaining the proverbial “cream line”. There is one notable con with non-homogenized creamline milk, which is the need to give it a slight shake before enjoying."